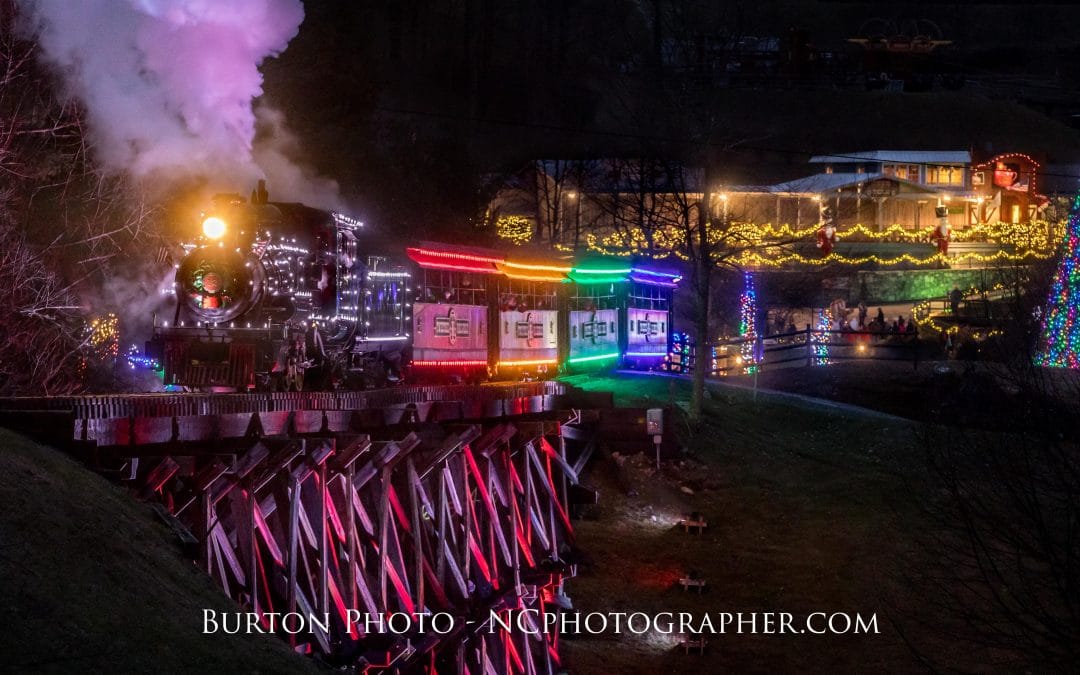 Tweetsie Railroad Christmas…For the first year ever, Tweetsie Railroad Christmas was a highlight of the High Country holiday season giving visitors a festive and unique Christmas experience. We were invited to come and photograph some of the highlights for PR purposes looking forward to next year’s season. It was magical! Engine No. 12 was decked out in colored lights and greenery.

The train ride takes visitors through a beautiful light display and there are lots of other activities to enjoy as well: there’s a musical show with live performers, a smores making station (my favorite treat), a life-size snowglobe to play in, and of course, a place to visit Santa to tell him what you’d like for Christmas. I love to hear the Tweetsie whistle blowing! Tweetsie got its nickname from the locals who could hear the Tweet-Tweet of the whistle echoing off the mountainsides. Tweetsie Christmas is just one more reason to love the holidays in the High Country. 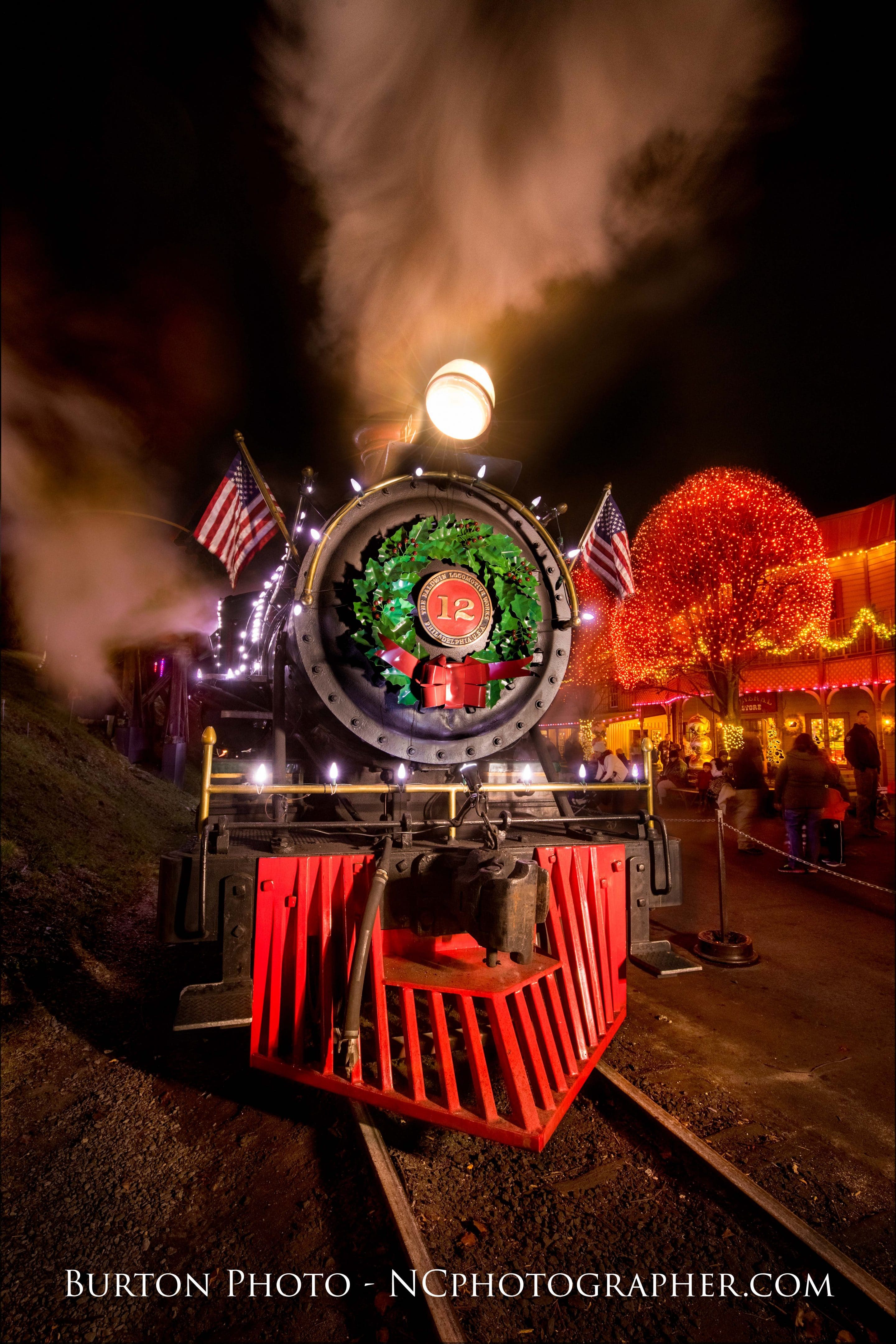 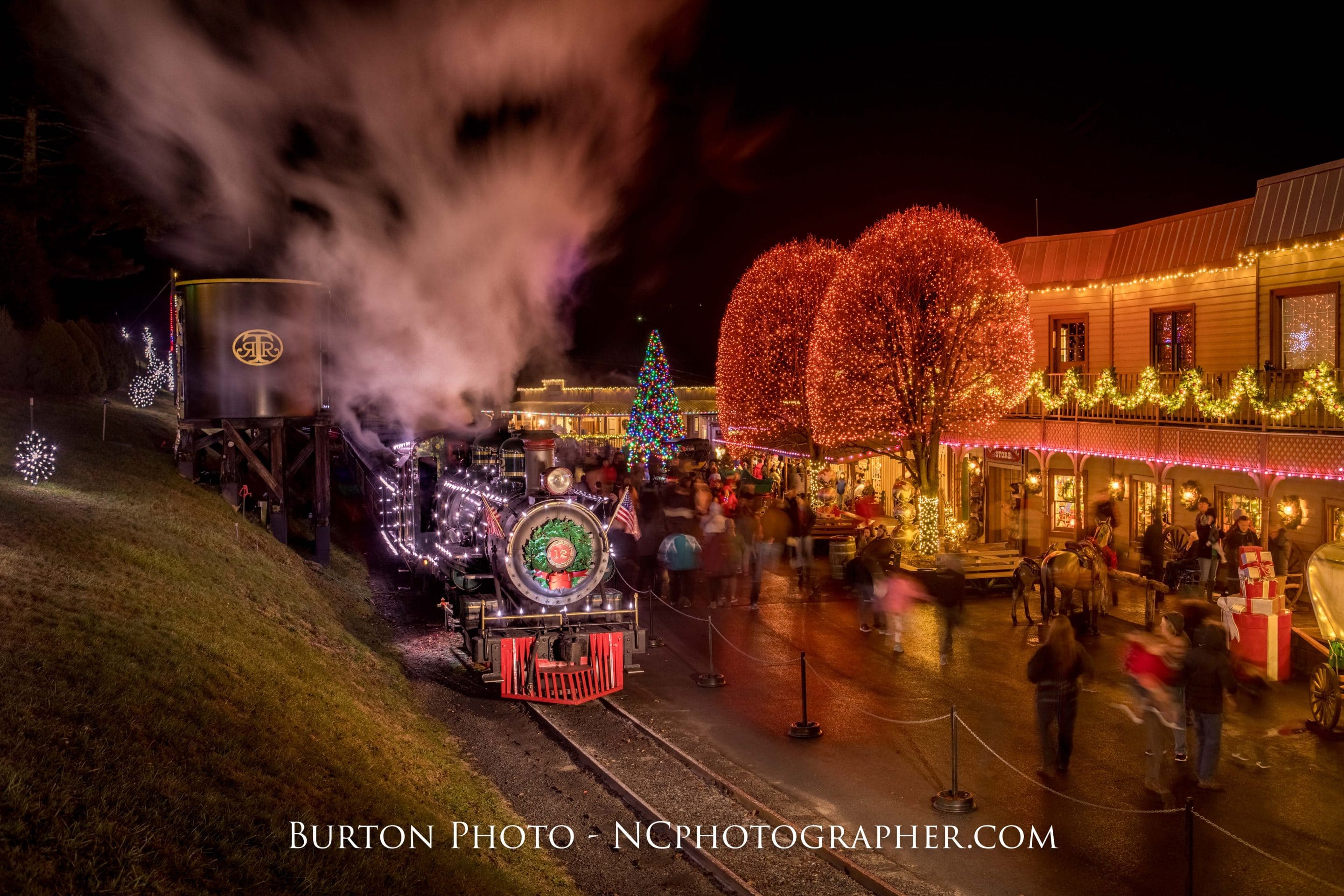 Tweetsie Railroad has a rich history in the Blue Ridge Mountains beginning as an excursion train carrying passengers and freight from Johnson City, TN to Boone, NC. Built by Baldwin Locomotive Works over 100 years ago, steam locomotive #12 is the only surviving engine of the East Tennessee and Western North Carolina Railroad (ET&WNC). The coal-fired locomotive was in operation from 1918 till 1940.  After ET&WNC ceased operations, the locomotive was moved to Virginia in 1953 but was put up for sale in 1954. Local entrepreneur, Grover Robbins, purchased the train and brought it back to the Blue Ridge Mountains where it became the centerpiece of Tweetsie Railroad, a western themed amusement park enjoyed by thousands each year.

Many of our young portrait clients absolutely LOVE Tweetsie Railroad and visit it frequently each season. You’ve heard of photographers who say “cheese”. In the High Country, we say “Tweetsie”!